In addition to being Founder, Director, and Creator of Making Math Real, David Berg is also an artist, musician, and composer.

As an artist, David has exhibited internationally and his work is in public and private collections around the world including the Los Angeles County Museum of Art, San Francisco Museum of Modern Art, The Fine Arts Museums of San Francisco, The Contemporary Art Museum of Hawaii and more. Recently, David was included in his fifth exhibition at the Los Angeles County Museum (LACMA), “Lens Work: Celebrating LACMA’s Experimental Photography at 50”, and LACMA has just acquired two more pieces of David’s work for their permanent collection. 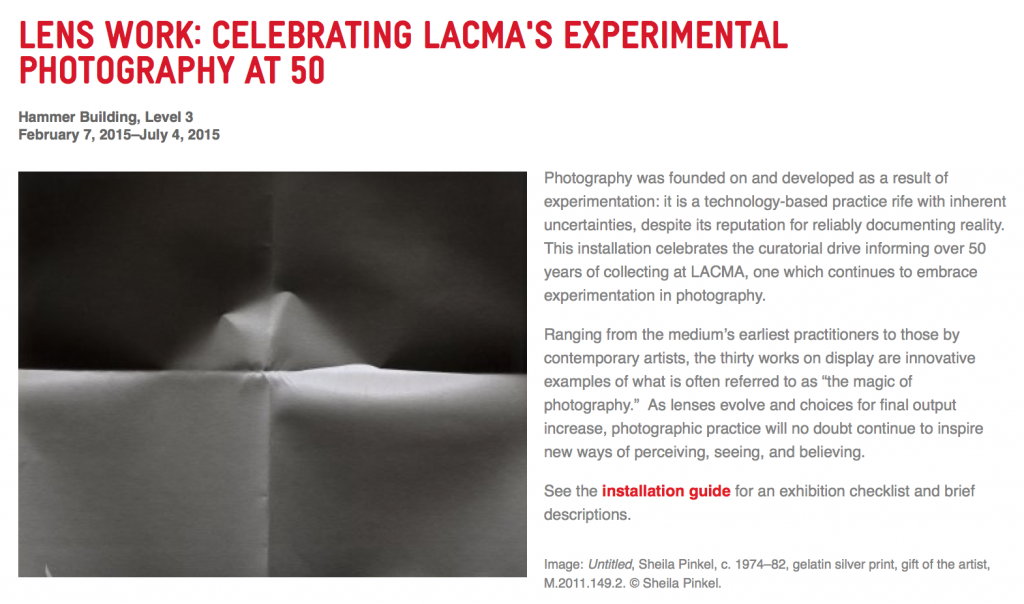 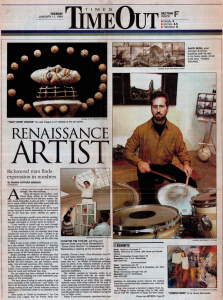 As a musician and composer, David has performed and recorded his music internationally, including on television and radio on PBS stations and at the Banff Centre for the Arts.

Click the play button below to listen to “What’s On Your Belly?” (9:06) from the CD “Portraits of My Grandmother’s Daughter” Spoken Word/Music Collaboration, recorded 1994 at the Banff Centre for the Arts, Alberta, Canada. Darryl Keyes: Poet and spoken word; David Berg: composer, arranger, musical director, and plays all musical parts. 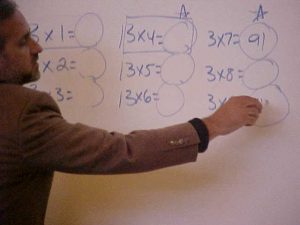 As a founder and director, David is frequently asked, “Where did Making Math Real come from?” Part of the answer to this question is directly related to the significant development resulting from a long-term immersion in solving creative problems in the arts: finding solutions for expressing creative ideas in physical form. From a developmental perspective (not content), MMR’s seminal period coincided with David’s simultaneous immersion in the fine arts. David’s significant bodies of work in painting and music occurred between 1983 and 2002, as did the major initial developments of MMR.  In 2002, David stopped painting, exhibiting, and performing to focus entirely on the continuous development of MMR, channeling the creative drive from art and music into the expansion of math education.

The creation of MMR, like painting and composing, has been, and continues to be, an analysis/synthesis activity, requiring full lateralization and front-to-back connections (critical thinking) in the brain. The artist’s model of problem solving is entirely about this ongoing analysis/synthesis experience. The artist’s technical facility and detail analysis provide the support of solving the expression of creative ideas, questions, and problems. The artist engages limitless possibilities as potential means of solving creative problems and is best served by remaining completely open to encourage access to maximum creative resources. The artist’s model of problem solving, in combination with 40 years of intensive clinical observation of thousands of students of all ages, cultures, and diverse processing styles, has been the ongoing genesis of Making Math Real.

The Transformative Powers of MMR

In celebration of the 25 years of service in providing positive change, you are invited to share with us at the MMRI any and all personal transformation stories.